* In case of any delay in receiving the OTP, you may verify it later. Please proceed without verification.

Enter your City name or Pincode

The place where the Williamnagar town is located is of great historical importance as the Garos made their last major resistance to the British intrusion into the Garo Hills during the year 1837. The legendary Garo leader Pa Togan Nengminja Sangma was felled by the British in Chisobibra on the outskirts of Williamnagar on 12th December 1837. This place is a good tourist destination where people come to view the place of the rebellion.

According to the 2001 census, Williamnagar had a population of 18,251. The average literacy rate is 67% and the population percentage of males to females is 52% to 48%. 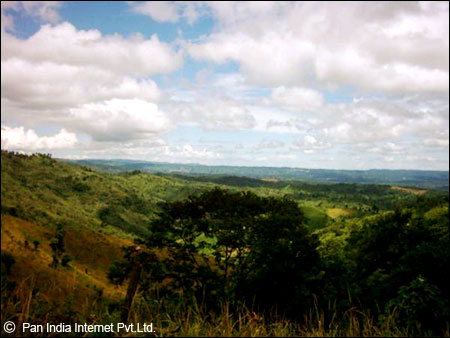 The most important food crop that is grown in the district is rice, both in the plains as well as in the hills. Other food crops that are generally grown in the district are yam, maize, tapioca or manioc and millet. The district produces substantial quantities of fruits like pineapples, oranges, jack fruit, bananas and spices like, turmeric, ginger, chillies and bay leaves.

For the past few years, there has been an increase in the coverage of plantation crops like coffee, cashew nuts, rubber and tea. The latest horticultural introduction is vanilla vines. There is also field for floriculture to flourish, due to favorable climate endorsing low cost cultivation. The district is excellent for growing orchids and tropical blooms like bird of paradise (Strelitzia Reginae) and anthodium. Nevertheless, the market potential for flowers is still at its growing, developmental stage.

Despite the economy of the state is largely rural, agriculture and agro-based industries have not been fully used in the district. There is huge potential for development and investment in food processing and an ample scope for setting up a viable large-scale fruit processing units in the district. Apart from agriculture, a small part of the economy is occupied in small-scale industries such as weaving and sericulture, animal husbandry and dairy farming, bamboo working and carpentry & brick-making etc. Mining is another important industry in the district. The district has large reserves of limestone, coal and clay.

Comments / Discussion Board - About Williamnagar